Walter Tool grinding keeps TBM at the top of its profession!

The impressive measure of success of a company that started just five years ago as a one-man band producing special-purpose tooling for a handful of local customers, is the fact that it now employs eight people to meet ever- growing demand from a customer base that today extends throughout the UK and Ireland and as far afield as Saudi Arabia, Switzerland, Italy and India, for example.

These are supplied (uncoated or coated in TiN, TiALN or TiCAN) in various styles and sizes to customers in the aerospace, nuclear, automotive, marine, oil and gas and medical sectors, for example.

Recording year-on-year turnover growth rates of at least 30 per cent and having the foresight to recruit an apprentice every second year TBM has lost no time in investing in a sophisticated portfolio of CMC technology, and a recently-installed Walter Helitronic Power five-axis tool grinder is now at the heart of its operations (Figure 4).

Previously involved in the management of a tooling manufacturer's production operations, it was not until in 2002 that time-served toolmaker Tom Mackie established TBM in a small village near Chorley, and he became master of his own destiny. 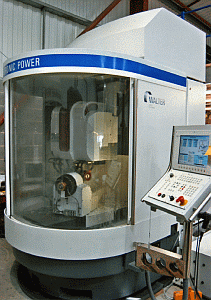 Figure 4 TBM Precision Engineering is finding that its new Walter Helitronic Power tool grinder is attracting work by itself!

Armed with an assortment of pre- owned machines, he set about building the company producing special-purpose tooling and toolholders and, he reflects, “CMC tool grinding has been paramount to the company's success”.

TBM's first investment in CMC tool grinding was a Walter NC45 purchased, unseen, via the internet for x 18,000. “The machine gave me the ability to produce fluted carbide without burning out grinding wheels,” he says, “and that was a tremendous advance on the manual optical grinding methods I started with”.

CMC tool grinding was an essential step, he says, since the company's reputation for bespoke complex carbide tooling and accompanying toolholders, and therefore supplying turnkey solutions, was continuously gathering momentum.

Today, the shopfloor also includes CMC turning and milling (the latter being a three-axis Semco machine with Anilam 1100M control), as well as AutoCAD software as part of the armoury for the design and manufacture of not only tooling but also bespoke jigs, fixtures, gauges and assembly tools.

However, it is the recent installation of a new Walter Helitronic Power, supplied by Korber Schleifring UK of Honiley near Kenilworth, that is regarded as a significant milestone in the company's progress in much the same way as its Walter Helitronic Power Regrinder, which enabled previously sub-contracted work to be brought back in-house.

Offering 11.5kW of power and rapid traverse rates of 15m/min in all linear axes plus 1206/s on the rotational axes, the Helitronic Power can accommodate tools up to 350mm long (300mm for face grinding) and 320mm diameter. And, like the Regrinder, it is attracting work by itself.

“The machine's reputation is such that customers contact us,” says Tom Mackie. “Not only is its quality of output consistently superb the machine accounts for 80 per cent of production but its reliability is undisputed and the level of back up, when needed, is excellent.”

He says he has “fully tested” the level of technical support offered on the Helitronic Power by Korber Schleifring UK, since the complexity of some of the tooling so far produced has “stretched the machine's programming cycles to the limit” by demanding “what some may describe as ridiculous tolerances” while utilising the extensive ability of Package 27 flexible programming to allow the machine to be used for the production of complex components.

He continues: “Because of the nature of much of the tooling we produce, we are continually asking more and more of the machine and its control technology and so far, it has responded!”

Another indispensable asset in the company's ability “to produce the seemingly impossible” is the role played by TBM's Manager Brian Pendlebury who, at 63 years of age, is “enjoying a new lease of life” with the Walter CMC technology and its complementary Walter Cyber Grind simulation software package.

“Brian has been involved in tool grinding for over 40 years and he went at our new Walter machine and the Cyber Grind package like a steam train,” adds Tom Mackie. “It's thanks to Brian and his ability to make the most of the Walter grinding technologies that TBM is where it is today.”