The National Research Council of Canada's Institute for Aerospace Research (NRC-IAR), in collaboration with QinetiQ of the UK, has developed a helicopter augmented reality night vision system using Burlington, Vermont-based Ascension Technology's laserBIRD tracker. Wearing a helmet with night vision goggles on which flight symbology is superimposed, pilots have successfully landed a Bell helicopter by following a computer-generated path to the landing zone (Plate 4). 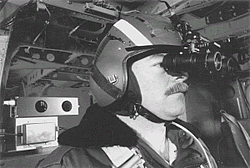 Plate 4 Wearing a helmet with night vision goggles on which flight symbology is superimposed, pilots have successfully landed a Bell helicopter by following a computer-generated path to the landing zone

The helicopter night vision system is a part of NRC-IAR's research into the use of augmented reality displays to expand the operational envelope of rotorcraft. Specifically, night vision systems would enhance pilots' ability to navigate in degraded visual conditions. With the laserBIRD sensor mounted on the pilot's helmet, superimposed flight symbology can be projected wherever the pilot looks because his or her head movements are precisely tracked.

Motion tracking in a helicopter faces challenges beyond those of simulator projects. NRC-IAR selected laserBIRD over other motion trackers for its speed and accuracy. According to Sion Jennings, NRC-IAR Research Officer, mechanical trackers' physical link to the helicopter was problematic, magnetic trackers encountered metallic interference and inertial trackers were not accurate in the moving, vibrating rotorcraft environment.

“The laserBIRD gives us the best combination”, said Sion. “Accuracy and flexibility, relative insensitivity to vibration, and no metal interference. We don't have to recalibrate if we switch helmet size, and it's quick and easy to change.” LaserBIRD delivers highly-accurate position and orientation tracking without distortion. Its miniaturized scanner reflects laser beams throughout the tracking space. The helmet- mounted sensor instantly picks up the laser beams. Signals are then directed back to the scanner's digital signal processing electronics for processing and transmission to the onboard computer generating and projecting the display.

Sion describes the helicopter project as “concept verification”. Applications for such a system would include emergency medical services, law enforcement operations and military medevac units. “We're looking at augmented reality to improve the safety and capability of helicopter crews in night operations”, Jennings explained. NRC-IAR's night vision system project was developed in conjunction with the Canadian.