We are delighted to report that John Farley received an Honorary Doctor of Technology award at the Coventry University School of Engineering degree ceremony held in Coventry Cathedral on 22 November 2000. The official photograph taken on the day shows John in his Doctoral gown (Plate 1). John's wife Adèle and his three daughters Sheila, Kim and Claire came along to share in the celebrations and are also pictured along with Coventry University representatives Dean of Engineering Prof. Ted Smith, AAU President Dr John Barnes and AAU Secretary Dr Mike West (Plate 2). 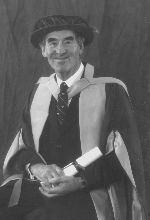 Plate 1 John Farley, on the occasion of his award of Hon. Doctor of Technology by Coventry University

Plate 2 John Farley, family and staff from the School of Engineering, Coventry University on the occasion of the award of Hon. Doctor of Technology to John

John, who retired as Chief Test Pilot at BAe Dunsfold, is perhaps best known as the former chief test pilot of the Harrier/Sea Harrier programme. His work in the development of the Harrier aircraft over 19 years is legendary. He flew the aircraft from 16 different ships as well as carrying out the original ski jump development trials that resulted in a system that is now so familiar to us all.

His career in aerospace began when he joined the Royal Aircraft Establishment (RAE) at Farnborough as an apprentice in 1950, following which he joined the RAF and eventually became a fighter pilot in the era of the Hunter. After a spell at the RAF College Cranwell as a flying instructor he gained entrance to the Empire Test Pilot's School and on graduation from the latter he rejoined RAE as a test pilot on the Aerodynamics Research Flight. This led to his involvement with BAe and the Harrier development programme through which he has become well known on both sides of the Atlantic.

Farnborough International Air Show visitors will remember John for his Harrier demonstrations, seen also on TV. His expertise was recognised when, in 1990, he became the first Western test pilot invited by the Russians to fly the MiG-29 fighter.

In 1997 today's RAE – DERA Farnborough – honoured John by naming one of their new research labs after him. Recently retired from test flying, John has flown more than 80 aircraft types and now has a unique perspective and vast experience from which to draw in helping others appreciate the world of aerospace.

In retirement John's enthusiasm for aviation has continued. He now leads The Schools Aerospace Challenge, a UK educational initiative aimed at introducing school sixth formers to the many interesting and challenging careers which the aerospace industry offers. John also supports many university courses and is a visiting lecturer at Coventry University. He is also an active committee member of the Association of Aerospace Universities.

It was in recognition of John Farley's outstanding contribution to the aerospace industry and the higher education sector that Coventry University was delighted to bestow the award of Honorary Doctor of Technology.