A leading aerospace systems manufacturer reports that it has enabled BAe Systems to meet the requirements of the Royal Australian Air Force.

HS Marston Aerospace worked closely with BAe Systems and Normalair Garrett to develop an onboard oxygen generating system (OBOGS) for the Hawk Mk 127 (Plate 2). The first significant contract which initially involves the fitting of OBOGS to 33 aircraft, may, it is thought, open the door to similar opportunities with other air forces. 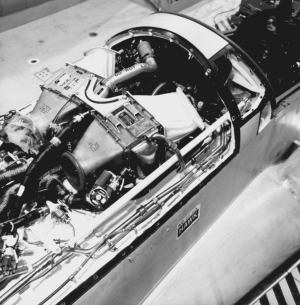 "We were asked to develop a modification to an existing HS Marston heat exchanger", said David Gosling, HS Marston's sales manager. "The need to deliver rapid temperature reduction in the system led to the development of this modification."

According to HS Marston traditional oxygen systems can prove to be an operational disadvantage on issues of weight and life cycle cost. Liquid oxygen manufacture and replenishment are costly and cumbersome.

By contrast, OBOGS claims a number of significant operational advantages. The system uses molecular sieve technology to provide a safe, compact and infinite source of breathing gas to the aircrew. OBOGS does not require frequent maintenance and is effectively a fit and forget system. Turnaround times on aircraft are greatly reduced as a result.

The heat exchanger for the OBOGS for the Hawk Mk 127 is now in production, having reportedly satisfactorily completed all rig testing. Flight trials are now under way. The success of this heat exchanger development is due largely to the established working relationship between BAe Systems and HS Marston Aerospace.