In response to a steady expansion in production following the recent move to new premises in Greater Manchester, Cannon Precision informs us that it has appointed Steven Sutcliffe (Plate 8) to the newly-created position of production engineer. Strengthening the supervisory team, he will be responsible for scheduling jobs and ensuring the smooth running of all machining work on the shopfloor. 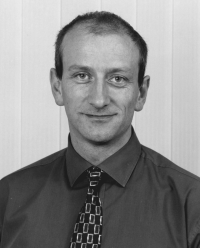 Steven joined Cannon Precision in 1998, working on the horizontal borer. He transferred to CNC milling early in 1999 and took up his new role in May. Widely experienced, Steven served an apprenticeship with British Aerospace prior to working in Europe for four years.