Jones and Shipman appointment in France 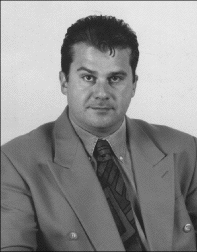 His remit as head of Jones & Shipman in France is to accelerate growth with a number of recently-announced new and sophisticated products for strategic industries such as aerospace, defence and automotive, including the "Supromat" cylindrical grinding machine and the "Dominator" dual function, creep feed/reciprocating surface grinder, launched at EMO 97 in Hannover.