It is with considerable regret that Elcometer Instruments Ltd, Manchester, UK, announce the sudden death, recently, of Mr Ian Sellars (Figure 1), the owner and Managing Director of Elcometer, and one of the founders of the modern coating inspection industry. 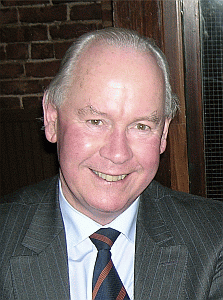 Ian Sellars’ earliest memory of the coatings industry was at the age of nine, watching his father make the first manufacturing tool used in the manufacture of the very first gauge that bore this famous company name, the Elcometer 101.

Ian Sellars began working alongside his father in 1958 - where his first job was assembling the valves into the Elcometer 103 “Elcotector” coating thickness gauge. In 1962, upon the death of his father, Ian Sellars took control of Elcometer, at the age of 20.

For nearly 50 years Ian Sellars steered the family business from a small 32 m2 (370 ft2) office employing seven people, into a global manufacturer and supplier of inspection equipment for the coatings and concrete industries, employing over 200 staff in six offices and a comprehensive global network of over 150 distributors.

Under his leadership, Ian Sellars has introduced to the coatings industry a number of firsts, including:

It was his practise to undertake at least one major tour of the distribution network and offices each year and it was on such a trip that he died peacefully in his sleep on an aircraft traveling with his wife Nanette, from India to Singapore.

Ian Sellars died doing what he most liked to do, traveling the world, visiting the company’s distributors and talking to customers about Elcometer’s latest products. He is a great loss to our industry and will be sorely missed by all who knew him.

Over seven generations the Sellars family have been significant members of the Manchester Business Community. His son Michael has been working with his father in the business for last 13 years. In his father’s memory, Elcometer will continue as strongly into the future as it has in the past, under his leadership, with the help of Nanette.