The Federation of Societies for Coatings Technology has named Ray A. Dickie, Editor of JCT Research and JCT CoatingsTech, as the recipient of the organization's highest honor – the George Baugh Heckel Award (Plate 1). 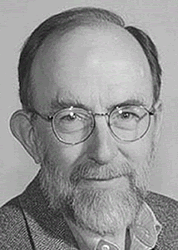 Presentation of the Heckel Award will be made at the Opening Session of the Federation's 82nd Annual Meeting at McCormick Place North, Chicago, IL on 27 October 2004.

Considered the most prestigious of FSCT awards, the George Baugh Heckel Award recognizes an individual whose contributions to the organization have been outstanding.

Established in 1951, the award is dedicated to the memory of George Baugh Heckel, who served as temporary chairman when the Federation was organized in 1922, and as secretary for many years thereafter.