British Steel Tubes & Pipes, a manufacturer of hollow sections, has supplied 3,264 tonnes of structural hollow section (SHS) in sizes ranging up to 1,600 mm diameter for the roof of the new Millennium Stadium in Cardiff, Wales (Plate 3). 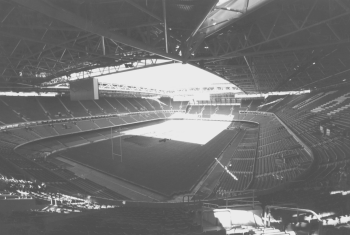 Plate 3 The roof of the new Millennium Stadium in Cardiff

The Millennium Stadium is on the site of the old Cardiff Arms Park and has a capacity of 72,500 seated spectators. Rugby fans will have seen the stadium on television at the opening of the recent Rugby World Cup. Development of the £121 million facility was made possible by a Millennium Commission grant of £46 million.

The new stadium had to be multi-functional. The Welsh Rugby Union wanted to create a world class venue for sports, entertainment, cultural events, concerts and festivals. A closing roof was required to ensure events were not cancelled because of adverse weather, and to contain noise.

This decision led to one of the largest moving tubular structures in the world. Each of the two retractable roof sections weighs 560 tonnes and takes about 20 minutes to open or close. The total roof weighs 9,000 tonnes and all the major structural elements are in British Steel tube ranging from 48mm diameter right up to 1,600 mm x 62 mm thick - large enough to crawl along to fix connections.

The roof structure has two primary tubular trusses running the full length of the stadium, 220mm long. These range from 2.5m deep at the ends to 12.1m deep in the centre and have top and bottom booms in 1,067 mm x 62.8 mm CHS (circular hollow section) and other members in 711mm diameter CHS of various wall thicknesses.

These trusses are supported at quarter points by 90m tall tubular mast structures to reduce deflection. The two closing sections roll simultaneously on rails supported by the two primary trusses and come together at the halfway line. Generally the closing sections will be located over the fixed roofs to the north and south of the stadium.

However, when closed they provide a fully enclosed, rain proof, acoustically insulated space. A Hoogovens standing seam aluminium cladding system was used on the roof.

"A tubular solution was clearly the most efficient way of engineering the roof structure", explains Mike Otlet, director of roof design at consultants, WS Atkins- Oxford. "For speed of erection it was decided to minimise site welding. Because of the high bending moments we opted for a special design of bolted splice connection with four internal tees."

For structural efficiency the vertical columns are concrete filled thin walled steel tubes filled in a continuous pour to assist with the bond to the tube wall, reports Mike Otlet.

The exposed steelwork is coated with a zinc rich epoxy primer and micaceous iron oxide followed by two coats of re-coatable polyurethane to give the final colour. This system from International Paint is believed to give a 20-year life.

In addition to the 3,264 tonnes of Grade 50 hot finished SHS British Steel also supplied plate and open section for the stadium structure. The roof structure was fabricated in Italy by Ciniolal.