Baldor has launched a new version of a popular “all-in-one” motion automation solution supplied in a rugged and ready-to-use packaged form.

Offering control for servo and stepper motor axes, together with onboard I/O and fieldbus connectivity, the new NextMove-ESB2 expands servo control capability from three to four axes (Figure 1). This could be employed to provide a complete X-Y-Z and a axis positioning control solution, for example. Combined with control for four stepper motor axes, and I/O for material handling and general machine control functions, NextMove-ESB2 module offers an economic standalone solution that can be used for a wide range of machinery applications. 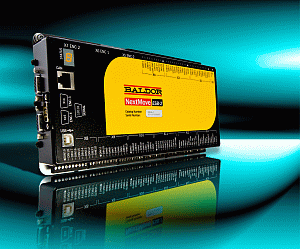 Figure 1 The new NextMove-ESB2 by Baldor

Based on an advanced DSP core, NextMove-ESB2 delivers exceptional real-time performance. It supports servo loop closure times of 100ms on the four main axes, with six-term closed loop control for accurate positioning (PID, velocity, acceleration feed forward, and velocity feedback). Flexibility of control is aided by a further free encoder input which may be used as a “master” axis. The servo axes could be programmed to perform actions that follow the master at some synchronized interval, for example. Depending on the drives chosen, the module's stepper outputs may also be used for servo motor control, making the module capable of controlling up to eight precision servo motor axes. NextMove-ESB2's four stepper axes provide pulse and direction outputs at up to 500kHz.

Onboard I/O completes NextMove- ESB2's capability, allowing users to employ the module for machine control as well as motion potentially eliminating the need for a separate controller such as a PLC. The I/O comprises 20 digital inputs, 12 digital outputs, two 12-bit differential analog inputs, a CANopen-compatible fieldbus port, and two serial ports including a 12Mbits/s USB interface.

The USB interface provides automation OEMs who build machines with PC hosts or user interfaces with opportunities for enhancing the ruggedness of their equipment, and simplifying manufacture, by allowing the motion control subsystem to be panel mounted in the optimal location inside the machine instead of a PC expansion slot.

NextMove-ESB2 is programmable using the popular Mint motion language or C. Mint provides flexible Basic-style programming for automation builders that allows application software to be developed and tested in a few hours. Mint offers ready-to-use keywords for many common motion tasks from simple profiles to advanced movements such as software cams and flying shears. These pre-written functions can substantially reduce time to market.

The version of the Mint programming language supplied with NextMove-ESB2 additionally includes a multi-tasking kernel. This further simplifies development cycles, allowing complex machine control requirements to be divided into smaller tasks such as motion, man-machine interfacing, and I/O handling. The software is royalty free, helping OEMs to reduce costs for equipment designs.

Users seeking ultimate speed of execution may alternatively program the card using a C compiler for the DSP and Baldor's free library of C-compatible Mint functions for motion, I/O, communications, networking, operator interfaces, etc. Firmware may then be embedded in the controller, or called as required from a host such as a PC.

Motion interfaces may also be created in any host environment supporting ActiveX controls, providing support for a wide range of popular applications including Visual Basic with the possibility of running Mint/ActiveX or C/ActiveX in parallel.

“Open architecture” facilities built into Mint, together with the use of field programmable logic, add another dimension to performance, as they allow move types to be adapted to suit individual applications. This gives substantial flexibility to OEMs, effectively allowing users to configure a custom multi-axis motion controller for the price of a standard product.

In addition to the standard product with four servo and four stepper motor control outputs, the new module is available in a lower cost version with control outputs for just three servo axes.