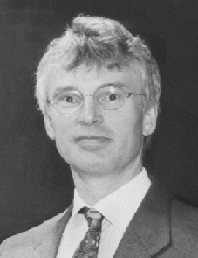 Our principle theme for this issue is the Internet and how we can use it to make our manufacturing operations more efficient.

In the olden days the control systems used in advanced automation systems were largely one-off designs. The actual processors used could be any one of a plethora of alternatives each with its own advantages and disadvantages. The choice of one over another was largely dependant on the personal bias of the particular engineer who had been assigned the task of designing the system.

This preference was probably inspired by the quality of the croissant at a sales promotion they had attended and if you were lucky it would remain the preferred option for the duration of the project.

Six months down the line the engineer will have been promoted or moved to different projects. The end result of all this variation was a nightmare legacy for those responsible for keeping the plant running. Fortunately, the design life of the plant was usually thankfully short (e.g. 3 years) and so the maintenance and support nightmare would come to a close with those in charge grateful for the opportunity to do things “much better” next time.

In those days organisations were subject to the terror of technical continuity.

These days the Internet has made us vulnerable to attacks of a very different sort.

Standardisation has to a large extent freed us from the tyranny of customisation. Companies can invest in technology with a reasonable expectation that it will be able to use it (or an easy upgrade) for years to come.

This is all very good news, but we also need to be very much aware of the dangers that this standardisation has left us open to.

Every IT department in every factory in the world will already be taking security very seriously. Over 99.9 per cent of CEOs will not have a personal in-depth technical knowledge of firewalls, etc., but they will assume (hopefully justly) that they employ people who do.

Surely all major organisations will be immune to malicious or even just accidental attacks?

I am writing this editorial just a few days after the Sasser virus was unleashed from a very ordinary residence by a not too remarkable German student. This hit airline baggage handling, the UK coastguard and countless other computer centred systems around the world. It was not the first such virus and nor will it be the last.

The future survival of organisations and (with no exageration) the people they employ is at stake. For this reason it is imperative that we all take Internet security very seriously indeed. Our viewpoint by Norbert Pires comes from someone with an in-depth technical knowledge of Internet communications and a very healthy regard for the dangers of complacency.

Viruses are well named. You can never say that you are immune. Like their biological counterparts they can mutate and new strains are forever being created.

We must embrace the Internet to obtain the undeniable benefits that it can provide – but we need to ensure that we are constantly vigilant and wearing many layers of body armour.