Dynamic mock-up and simulation software developed by Tecnomatix Technologies has been selected by British Aerospace Airbus for use in a major UK aerospace research project. Partly funded by the UK Government and the Department of Trade and Industry, the aim of the project is to evaluate techniques for automating the assembly of large commercial airliner wings.

British Aerospace Airbus is managing the project through its manufacturing site at Broughton. Known as AWBA II for "Automated wing box assembly Phase II", the project is scheduled for completion by the end of 2000. The deliverable for Phase II is a full-scale technology demonstrator to prove the physical capabilities of automated assembly systems and this will be backed up by a simulation showing the function of an entire production system.

An initial study has already been completed using Robcad to establish the overall assembly cell concept. This will be followed up by separate studies using Dynamo and Simple ++ to validate concepts, develop kinematics for new automated hardware, off-line programming of robots and for verifying cycle times. Simple ++ will also be used to provide a top-level view based on a network of operations and workflow dependencies. 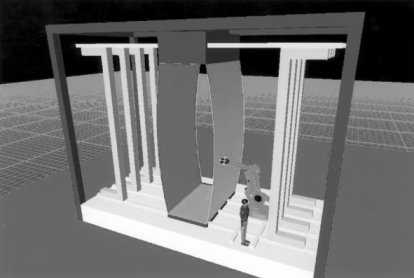 As the concepts develop, fully representative CAD models will be brought together within Robcad and Dynamo to construct a detailed simulation of the full production AWBA system.