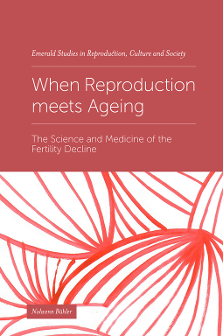 Since conducting the research and writing the dissertation this book is based on, many important political events have occurred. The MeToo movement has reunited women in a collective denunciation of sexual harassment and violence, shattering the illusion that gender equality had been achieved and pointing instead to the enormous amount of work still needed to make the intimate political and to transform gender power relations. In the wake of this, the women's strike in Switzerland of 14 June 2019 brought together an unprecedented number of feminists and released an aura of revolution over the apparent tranquillity and embedded comfort of the country. In the United States, and then spreading in Europe, the Black Lives Matter movement recalled dramatically the endemic racism at the core of institutions and daily life, making more visible the violence to which one is exposed when born with a colour of skin which marks oneself as different. Launched by the young Swedish climate activist, Greta Thunberg, the Climate Strikes foregrounded our interdependence on an ecosystem and natural resources that contemporary economic system and lifestyles are ruining, reuniting us as a human species under common threat and responsibility for making liveable futures for the next generations.

Finally, in 2020, having been granted time off to dedicate to the work needed to publish this book by one of the universities where I work, the COVID-19 pandemic overwhelmed daily life. It plunged us into an age of uncertainties, reuniting us as populations through the risk of viral exposure and making more visible than ever our dependence on a global economy, commercial aircraft, basic medical technologies such as masks or hydroalcoholic gel, governments' decision-making powers and so-called essential services and their care activities, whether in health care, cleaning services or the food industry which, mostly taken for granted and devalued, suddenly revealed themselves as essential for the survival of our societies. While opening up for some the dream of change, it seems that this health crisis is instead reinforcing social inequalities and vulnerabilities along familiar lines of class, race and gender. These events all highlight the urgent need for justice; they foreground the necessity and the challenge of joining in these battles by thinking of the implications of inequalities and our own individual and collective responsibilities in their devastating rise in creating vulnerable lives. These events also explicitly demonstrate the need to change the world we live in structurally and the urgent need for political action.

While I had been passionate about my research, I found it suddenly meaningless and empty. I had spent years exploring the phenomenon of age to understand how it materialises in the field of reproduction, in its science, its medicine and its embodied experiences; I had found old eggs fascinating and had spent hours scrutinising scientific articles trying to understand the production line hypothesis, how FSH and AMH work, and I was frustrated not to be able to pursue my investigations in studying the emergence of epigenetic age, the role of telomeres in reproduction or how molecular biology was transforming the question of age for men (e.g., Eisenberg, Geoffrey Hayes, & Kuzawa, 2012; Ge et al., 2015; Kalmbach et al., 2013; Ryan et al., 2018). I had spent hours and hours listening to (and transcribing) women and couples sharing their joys and pains, their doubts, their anger, their questions and their explanations of what they knew about age-related fertility decline. assisted reproductive technologies (ARTs), fertility and the biological clock were topics of discussion with my friends and colleagues; I found these technologies fascinating to study in the context of gender studies, precisely because of their paradoxical nature, as they were both subversive in generating new possibilities and reconfigurations and normative when they reproduce the ideal of nuclear heterosexual families or reinforce the assumption that only women are concerned with reproduction and that their expanding market seems to serve better the financial interests of pharmaceutical industry than women themselves. Yet, the passion that had animated me had somehow vanished and the topic itself seemed insignificant in light of current political and social events.

Why should we care about the biology of old eggs? The nature of age-related fertility decline and its multiple materialisations? Why should we care about the role of ARTs in the encounter between ageing and reproductive technologies which are so expensive that they are mostly the preserve of the wealthy anyway? In a world of urgent inequalities and injustice and where our existence as human beings seems increasingly threatened by the kind of neoliberal monsters we have ourselves created? While finding it essential and valuable to ‘un-blackbox’ the phenomenon of age, especially its biology, and to engage with its materiality; while finding this to be innovative, original and an important contribution to the study of sex/gender or biological/social relations which had been missing in the social studies of reproduction, all this suddenly appeared to me too white, women-centred, hetero-centred, Western, privileged and too focused on science and not on the voices and experiences of women themselves. As I was attending an online reproduction workshop organised by Rene Almeling to celebrate the 25th birthday of the feminist anthropologists Rayna Rapp and Faye Ginsburg's pivotal book in the field, Conceiving the New World Order: the Politics of Reproduction (Ginsburg & Rapp, 1995), Rayna Rapp concluded the session by saying that our research was more needed than ever in this crisis. I felt mine was simply of no use. It goes without saying that it has been quite a struggle to bring this book to an end given such personal turmoil. I often felt discouraged when I tried to recover the spark that had awakened and sustained my interest in the question of reproductive age and ageing, the passion that had animated my quest to explore its multiple realities.

But I know that when I did this research I thought that action needed to be associated with thinking and that asking fundamental questions about the nature of reproductive age and ageing and trying to answer them by exploring what it becomes in different scientific and medical choreographies was important. Even though a small step, I was convinced that it would strengthen medical and clinical reflection by slowing it down and highlighting the complexity and multiplicity of realities of age-related fertility decline, that it would also contribute to feminist analysis which critiques age-related fertility decline as a product of norms and gender power relations by insisting on the importance of its materialisations, on the complexity of its biology, and its embodied reality in women's and couple's experiences of ARTs. And even if this vision is shaken by my sense that, in this world in crisis, research should be a doing, should be an acting to make a difference, to take one more step towards greater justice, I still think that one can intervene better in the world if one takes time to think things through, that one acknowledges the complexity and the fragility of the categories on which one wants to build politics. After all, the political mobilisations which led to the conclusion of this book have all to do with nature and biology in some way or other: as age, sex, race and species. And my search to understand better how nature and culture are divided and yet impossible to separate, how the biological/material and the social/discursive get entangled in the reality of age-related fertility decline and how it materialises was born from such a questioning about the relationship between ontology and politics and the assumption that better acknowledgement of the complexity and multiplicity of the former was needed to put the latter into perspective and underpin or reinforce it in other ways.

At the same time as having time off to finish the book, the pandemic situation led me to develop a sub-project on COVID with epidemiologists with whom I had collaborated during my postdoctoral research on the reconfigurations of public health research in the age of ‘personalised medicine’. My concern about how to bring together fundamental questioning and the practical need for intervention is thus more acute than ever. A lesson this book has taught me is that it is hard to do many things at the same time, as I wish I could. It is hard to ask fundamental questions about how the reality of age-related fertility decline is made up of choreographies, at the same time as seeking to highlight the normative implications of these multiple realities and make these reflections useful for practices so that they have another meaning than just one more academic achievement. From this internal discomfort, I have learnt, and I am still learning, to see that one can make a small contribution, which is part of a much broader picture, and that one has time to evolve and advance in our own reflections and that others will seize on this book, on its openings and limits, its fragilities and strengths, to advance and pursue their own reflections and research. I have learnt that if there are multiple choreographies of age-related fertility decline, this book provides another choreography of its reality, anchored in feminist science and technology studies, and that, as all choreographies, this one has the right to evolve and change over time and to live a life of its own.

Prelims
Chapter 1 Introduction: A Question of Age
Chapter 2 Natures and Cultures: Divisions, Entanglements and Reconfigurations
Chapter 3 The Science of Population and the Quest for Natural Fertility: What Age Becomes in Statistics
Chapter 4 From Age to Ageing: ARTs and the Science of ‘Old Eggs’
Chapter 5 When Age Matters: The Statistics and Biology of Fertility Decline in Clinical Choreographies
Chapter 6 Ageing Eggs, Ageless Mothers? Egg Donation and the Extension of Fertility
Chapter 7 Eggs forever or the Prospect of Regeneration
Chapter 8 Conclusion: Rethinking the Materialisation of Age through the Lens of Its Political Implications
Afterword
References
Index