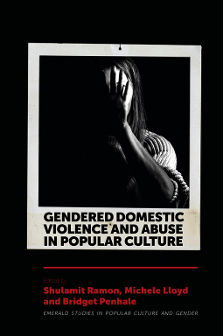 As we re-imagine and re-boot at an ever faster pace, the series asks what has changed for gender and what has not? Are there gains for ‘gendered’ groups or does ‘gender’ define and limit us, and popular culture restrain us?

There is an established body of work about ‘gender’ and its place in popular culture, but gender is a shifting term and gender studies no longer apply only to women and femininities. Gender cannot be approached unproblematically, nor in isolation. It applies to men and masculinities and encompasses non-binary identities and experiences, as well as issues about 'race', ethnicities and class. Gender is a flexible and increasingly political and subjective term, and popular culture plays a key role in how gender norms, stereotypes, challenges and identities are formed.

Popular culture is, similarly, a contested term and here applies to a range of cultural texts and practices. Pop idols and icons are often now, literally, the girl or boy next door. The gendered cultural experience is often one of tensions and paradoxes, for example, where images of women as objects of desire are prevalent, yet simultaneously we are assured that this is a period of gain and advancement for women. This book series offers a place for scholars to reflect on the production, consumption and representation of popular cultural forms and their intricate and pervasive links to gender identities and gender roles.

We not only consume cultural texts but also share them more than ever before; meanings and messages reach more people and perpetuate more understandings and misunderstandings than at any time in history. This new series interrogates whether feminism has challenged or changed misogynist attitudes in popular culture. Emerald Studies in Gender and Popular Culture provides a focus for writers and researchers interested in sociological and cultural research that expands our understanding of the ontological status of gender, popular culture and related discourses, objects and practices. In turn, the book series enables scholars to theorize about the status and category and development of ‘gender’ in contemporary culture and society. 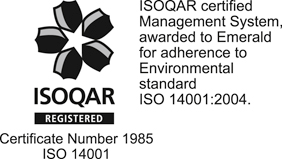 Dr Aviah Sarah Day has several years' worth of experience in a range of front-line domestic violence services. Since submitting her PhD, Aviah has worked as Secretary to the National Commission into Domestic Violence with Multiple Disadvantage, chaired by Baroness Armstrong and currently works as a Lecturer in Criminology, Birkbeck College, University of London.

Professor Aisha K. Gill, PhD, CBE is Professor of Criminology at University of Roehampton. Her main research areas include health and criminal justice responses to violence against black, minority ethnic and refugee women in the United Kingdom, Iraqi Kurdistan, India and Pakistan, such as honour crimes and forced marriage.

Professor Chris Goddard worked in Social Services in Bristol and Suffolk before establishing a child protection team at the Royal Children's Hospital in Melbourne, Australia, where he started his research career. He has published widely, including opinion pieces for major newspapers on child abuse and child protection, including in churches.

Victoria Marshall is a Social Worker and has worked in various family violence programs in Melbourne, Australia. She is a PhD scholarship holder at the University of South Australia with a research focus on child abuse and the Australian media.

Bridget Penhale is a Reader in Mental Health of Older People at the University of East Anglia (UEA), UK.. With a background in psychology and social work, Bridget specialised in gerontological social work; her academic career has spanned social work and health sciences. Her research interests include elder abuse, adult safeguarding and domestic violence.

Shulamit Ramon is Professor of social inclusion and wellbeing at the University of Hertfordshire, UK. She is a social worker and a clinical psychologist by her training. Shula has worked as a researcher in the areas of mental health recovery and domestic violence in Europe, aiming at empowering service users.

Diane L. Shoos is Professor of Visual Studies in the Department of Humanities at Michigan Technological University, where she teaches and publishes on feminism, film and visual media. She is the author of Domestic Violence in Hollywood Film: Gaslighting (Palgrave Macmillan, 2017) and co-editor of the forthcoming collection Feminist Vigilance.

Darja Zaviršek, sociologist, Professor of social work at the University of Ljubljana, Chair of the Department of Social Justice and Inclusion; president of the Eastern European Sub-Regional Association of the Schools of Social Work and board member of the IASSW. Her research areas are disability, diversity and gender studies; history of social work.

We are grateful to all the contributing authors of this collection, and the helpful team at Emerald Publishing. Our thanks go mainly to both people who have experienced domestic violence and abuse and those supporting them. In addition, we thank the relatives and friends of those, mostly women, who have been castigated in the media, who stood by the victims, and the journalists who opted to portray the victims as the human beings they are.