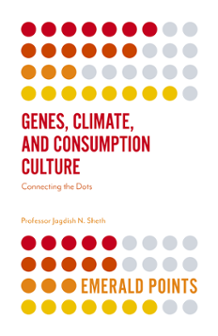 No part of this book may be reproduced, stored in a retrieval system, transmitted in any form or by any means electronic, mechanical, photocopying, recording or otherwise without either the prior written permission of the publisher or a license permitting restricted copying issued in the UK by The Copyright Licensing Agency and in the USA by The Copyright Clearance Center. Any opinions expressed in the chapters are those of the authors. Whilst Emerald makes every effort to ensure the quality and accuracy of its content, Emerald makes no representation implied or otherwise, as to the chapters’ suitability and application and disclaims any warranties, express or implied, to their use.

This book is dedicated to my writer, John Yow,

who is a brilliant storyteller and an outstanding journalist.

I would like to thank several individuals who helped me in writing, editing, and formatting this manuscript.

The first and foremost is John Yow. He is a brilliant writer and researcher. I had the privilege to collaborate with John Yow on several books including Self Destructive Habits of Good Companies, Chindia Rising, and my autobiography, The Accidental Scholar. Without his support, the idea that climate influences both culture and consumption would not have materialized into this book.

I also want to thank Isha Edwards who edited as well as formatted the manuscript. She was also very helpful in getting the permissions.

My thanks go to Devna Thapliyal for her editorial help in revising and rewriting parts of the manuscript and I want to thank my research assistant, Jay Krishnaswamy, for providing library support.

I also want to thank my personal assistant, Nicole Smith (who is herself an excellent writer) for shaping the chapters.

My thanks also go to Jeanne Levine, who signed me up with Emerald.

My interest in climate and its influence on consumption goes back to my first year college class on economic geography. The year was 1955. It was further reinforced when I specialized in European History with a specific focus on colonial expansion during my first two years of college (1955–1957).

However, all of this came into focus when I did research for Coca Cola International on why some nations consume a lot of Coca Cola and others do not. Ultimately, through statistical analysis, I concluded that all types of consumption can be explained by the North–South Latitude differences in climate ranging from the arctic to temperate to tropical.

What I learned from the Coca Cola study has been further validated by consumption differences in cheese, shoes, garments, and homes. In other words, differences in consumption of all three basic necessities of food, shelter, and clothing can be explained by the North–South climate differences.

More recently, I began to wonder whether cultural differences among nations about punctuality, territorialism, individualism, friendship, social distance, and uncertainty avoidance can also be explained by the latitude link. In other words, I could explain why Northern Europeans are generally more time and space conscious and why they believe in individualism, innovation, and pro-change.

It has been a fascinating journey for me since the early seventies and what I learned in my economic geography and modern history classes. The journey has not stopped.

Prelims
Introduction: Climate and the History of Man
Part One
One We Are Where We Eat
Two What to Wear?
Three A Roof Overhead
Part Two
Four Your Time or Mine?
Five Individualism and Collectivism
Six Embrace of Technology and Dominion Over Nature
Conclusion
References
Index