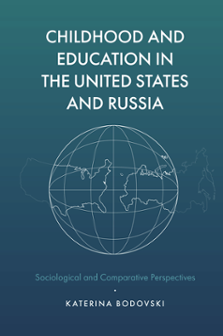 The Early Childhood Longitudinal Study – Kindergarten Cohort (ECLS–K) was sponsored by the U.S. Department of Education, the National Center for Education Statistics (NCES), and is based on a nationally representative sample of kindergartners selected in the fall of 1998. The students, who attended both public and private kindergartens that offered full- and part-day programs, were followed through the eighth grade. The original sample included close to 20,000 students in approximately 3,500 classrooms in 1,280 schools. The data included structured interviews with parents and teachers regarding different aspects of children's achievement and well-being. In addition, NCES staff conducted direct child assessment, administered one-to-one, using standardized grade-appropriate test items for reading, math, and general knowledge. In 2010 a new cohort study of over 18,000 students has begun with the intentions to follow the students till the end of the elementary school, fifth grade. The ECLS-K data included children of all ethnicities, including appropriate representation of African Americans, Hispanics, Asians, American Indians, and other groups.

The Trends in International Mathematics and Science Study (TIMSS) is an international assessment of mathematics and science conducted by the International Association for the Evaluation of Educational Achievement (IEA). It was introduced in 1995 and has been carried out every four years since. TIMSS surveys a representative sample of students in grades 4 and 8 in each country and educational system that participates in the survey. TIMSS measures student achievement in mathematics and science and collects information on curriculum and instructional practices for many countries. Additionally, TIMSS collects key background information in order to allow for meaningful comparative analysis. TIMSS used a two-stage stratified cluster sampling design in which schools were sampled with probability proportional to their size, and eighth-grade classrooms were randomly selected from those schools. TIMSS assigned sampling weights to ensure the data matched the actual population of schools, classrooms, and students.

The Program for International Student Assessment (PISA) is an international assessment of reading, mathematics, and science literacy of 15-year-old students across the world. Administered by the Organization for Economic Co-operation and Development (OECD), PISA has assessed levels of 15-year-old students' skills in reading, mathematics, and science across a large number of countries every three years since 2000. PISA employed a two-stage stratified sampling design – a representative sample of schools was drawn first, and then students were randomly selected within the sampled schools – for most participating countries. The target population of PISA is 15-year-old students who attend a school regardless of school types.

All surveys are nationally representative. PISA assesses students' skills in math, reading, and science rather than curricular knowledge that students have in these subjects. As such, the survey focuses on how effectively students can apply their knowledge to solve problems and issues that they might encounter in everyday life.

The World Values Survey is the largest noncommercial repeated cross-sectional survey of values and attitudes of adults in countries around the world. It is a great source of information on attitudes toward a number of social issues and phenomena, such as globalization, gender equality, environment protection, and civic participation, as well as attitudes toward raising children. The first wave of the survey was conducted in 1981–1984. Five additional waves of the survey were conducted in 1990–1994, 1995–1998, 1999–2004, 2005–2009, and 2010–2014. The surveys within each country are nationally representative.

The IEA Civic Education Study (CIVED) took place in 1999. It assessed eighth-grade students (or ninth-grade students if the mean age of eighth-graders was less than 14 in a target country) in 28 countries across the world. The goal of the survey was to assess the level of students' civic knowledge as well as their attitudes toward and engagement with democratic institutions and processes. Each country surveyed a nationally representative sample of students.

The IEA International Civic and Citizenship Study (ICCS) was conducted in 2009 and 2016. Similar to CIVED, it surveyed eighth-grade students (and in some cases ninth-grade students in addition) in a number of countries across the world on their civic knowledge, as well as their attitudes to and engagement with democratic institutions and processes. The samples are nationally representative for each country. A total of 38 countries participated in the 2009 wave, and 24 countries participated in the 2016 wave.

Trajectories in Education and Careers

The Trajectories in Education and Careers (TrEC) study is the first longitudinal study of a representative sample of high-school students in Russia. The data were collected by the Center for Cultural Sociology and Anthropology of Education, at the Institute of Education, in the Higher School of Economics in Moscow, Russia. The first wave of the study was Trends in International Mathematics and Science Study 2011 (TIMSS 2011), which was collected when students were in the eighth grade. The same students were followed when they were in the ninth grade twice: for Wave 2, students received a proprietary questionnaire and for Wave 3, PISA 2012 questionnaires were used. After that, the students were followed twice in the 11th grade (this served as Wave 4 and Wave 5 of the data collection). The final sixth wave of the data collection occurred a year after students graduated from high school.

Prelims
Introduction
Part 1: Establishing Theoretical Tools
Chapter 1 Childhood and Education Intertwined
Chapter 2 Children and Schooling Through Sociological Lens
Chapter 3 Understanding Stratification in Socialist and Postsocialist Space
Part 2: Comparing Childhoods
Chapter 4 Change or Continuity From the Soviet Reality to the New Russia
Chapter 5 Brave New World? Staggering Inequality in America
Chapter 6 Quantifying Childhood
Chapter 7 Where Have We Been and Where Are We Going
Appendix Datasets Used for the Analysis in Chapters 5 and 6
Bibliography
Index